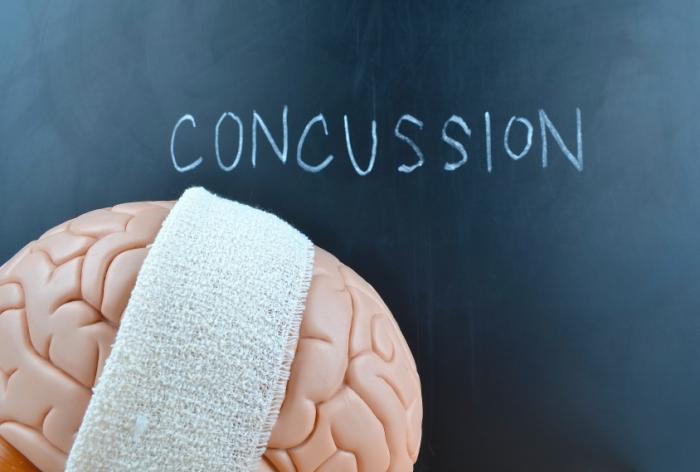 Support and information for sufferers of Post-Concussion Syndrome, Post-Traumatic Migraine and their families.

When he got done squaring away the pros and cons, the risks and benefits, the nightmares and dreams, the decision was easy. He thought of centre Mike Webster, who died a mangled shadow living in and out of his truck. He thought of safety Dave Duerson, who cocooned himself in green sheets and unloaded a .38 handgun into his chest. And he thought of retired Atlanta Falcons safety Ray Easterling, who shot himself at his Richmond home in April 2012.

Chris Borland, an emerging star with the San Francisco 49ers, is only 24. He was a third-round draft pick. He has years ahead of him as a pro athlete, but probably more than half-a-century left to live. Why mortgage his health for what may be a fleeting NFL career, he thought. So on Monday evening, Borland announced he's retiring, citing his concern of developing mental trauma as a result of the game. He has only had two diagnosed concussions.

"I feel largely the same, as sharp as I've ever been," Borland, who led his team in tackles last year, told ESPN. "For me, it's wanting to be proactive. I'm concerned that if you wait till you have symptoms, it's too late. … There are a lot of unknowns. I can't claim that 'X' will happen. I just want to live a long healthy life, and I don't want to have any neurological diseases or die younger than I would otherwise."

Borland's rationale provides a glimpse into the concerns of some young athletes who have recently entered the NFL — and those who haven't yet — and should sound clear warning bells for the nation's most popular sport. Borland represented everything the NFL wants to promote. Here's this intelligent, driven, talented, aggressive athlete who stood to make tens of millions of dollars over a decade of possible playing time. And now, just like that, he's retiring.

After he announced his retirement, something unexpected happened. Rather than deride his decision, fans and fellow players alike encouraged what St Louis Rams defensive end Chris Long called a "logical" decision. "WOW," Long tweeted late Monday. "I loved Chris Borland's game, but I can't fault him for calling it quits. His concerns are real. Still, it takes a man to do the logical. … I don't feel bad for Borland. I feel happy for him. He's made a tough choice. … The small number of people in my mentions that are irritated, spiteful of Borland's move need to be reminded that they don't own pro athletes."

Fans of the 49ers, while conceding that Borland's decision to quit will diminish the team's expectations, were nonetheless appreciative of his rationale. "As a 49ers fan, obviously I would love to have him anchor our defense," one person on Facebook wrote. "As a human being, I wish nothing but health, success, and happiness to Chris and his family. It's difficult to walk away from literally tens of millions of dollars in his case, but quality of life is more important."

These comments are deeply surprising. The football pathology was once rooted in the idea of durability, toughness and a brazen willingness to sacrifice body for victory and game. But here, in these comments, analysts said are the seeds of what may be a rapidly shifting cultural relationship with the NFL, if not football itself. Younger players are beginning to question — and retire from — the game of football. And at least some fans are cheering what was once a dirty word of the enterprise: quitting.

Consider this: Borland is only the most recent player in a batch of others under 30 to call it quits. Gone is linebacker Patrick Willis, who has foot pain. Gone is Pittsburgh Steeler Jason Worilds, who wants to "pursue other interests." Gone are Jake Locker and Cortland Finnegan. Some may be leaving for different reasons, but each illustrates a nascent rebellion against an elemental part of the game — to never, ever quit.

"They're saying, 'I've been playing football since I was 11; my body's beat [up], and I don't want to do it anymore," Patrick DeMeo, medical director for the Pittsburgh Pirates, told the Pittsburgh Tribune-Review.

That's what standout wide receiver and Super Bowl champion Sidney Rice thought. Last year, he decided to retire at age 27 just when he was settling into the lucrative prime of his career. He didn't let loose with the reasons until earlier this month. It was the concussions. And the fear of what they could mean.

"It wasn't so much the symptoms," Rice, who has suffered somewhere between eight and 10 concussions, told SI Now. "I felt great after I retired. It was just so much of all the awareness that was coming to concussions and being able to see the long-term effects, the things that could happen down the road. That was the deciding factor in my decision."

He looked to Tony Dorsett, who has battled many mental issues as a result of playing football. "I felt like it was the right thing for me to do and it was time for me to hang up my cleats," Rice said.

It's clearly too early to say that Borland's decision — or Rice's — will do anything to affect the NFL juggernaut. Ratings appear impervious to the mounting scientific evidence linking football with dementia. But it's only a matter of time, Sports Illustrated writer Doug Farrar said, before cracks show in the facade.

Publicity about concussions has already deeply affected parents who, according to polls, are increasingly worried about their kids playing American football. Will the publicity surrounding Borland's retirement accelerate that trend?

"Chris Borland's retirement may be a surprise, but it's hardly an outlier, and this won't be the last time it happens," Farrar wrote. "As the true effects of the game have become public, the game will be seen with different, and more knowing, eyes." 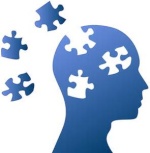